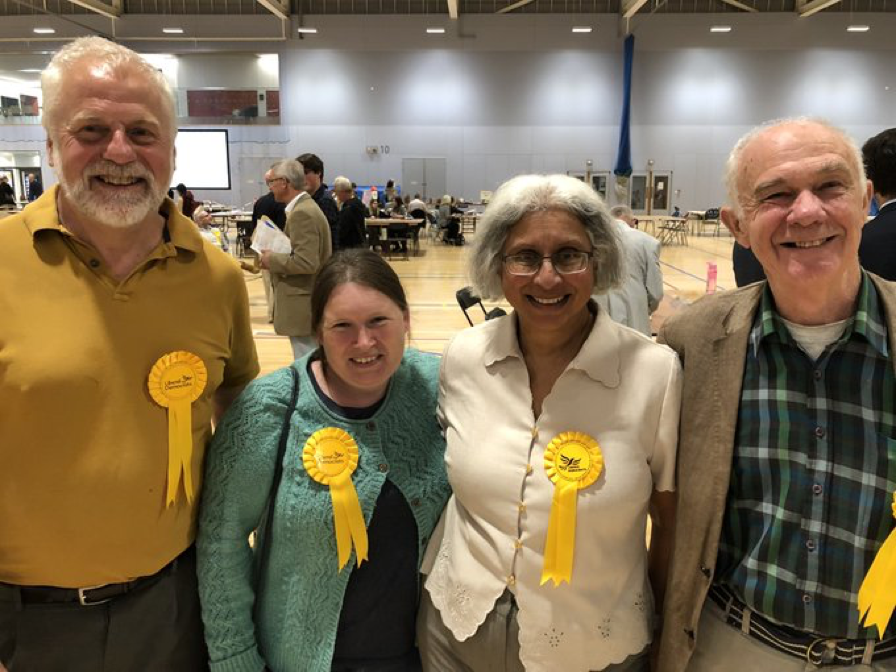 Thursday night's local elections saw gains for the Liberal Democrats across the country, including in Eastleigh.

Fourteen seats were up for election, one for each ward, and parish contests in Eastleigh and Chandler's Ford. Liberal Democrats fought locally focused campaigns with local candidates who received a positive reception on the door-steps amongst a back-drop of national government scandal and a feeling of apathy that affected voters across the UK.

Stephen Beer, Leigh Hadaway and Liz Jarvis, held the seats of retiring councillors. Maud Attrill and Cameron Spencer made gains in Hiltingbury and Eastleigh Central, increasing the Liberal Democrat majority. This is the first time that all three Hiltingbury seats are controlled by Lib Dems, a clear sign of declining support for the Conservatives in the area.

Liberal Democrats won a clean-sweep of Chander's Ford Parish Council and will control a majority on the newly-formed Eastleigh Parish.

Liberal Democrats gained over 220 seats across the UK, the largest net gain, while sister party Alliance made historic gains in Northern Ireland. Councils in Wokingham, West Oxfordshire, Gosport, Somerset, and Hull will now be under Lib Dem control.

Sir Ed Davey said, "We’re back,” he said. “We’re back in places like here in Somerset, and we’re going after that Conservative blue wall.” He described the triumph as a "historic night" for the party. Liberal Democrats will now turn their attention to winning the Tiverton and Honiton By-Election in the coming months, building on successes in Chesham and Amersham and North Shropshire.

The entire Eastleigh Liberal Democrat team would like to thank residents for their warm support throughout the election campaign and look forward to working for their communities ALL YEAR ROUND!