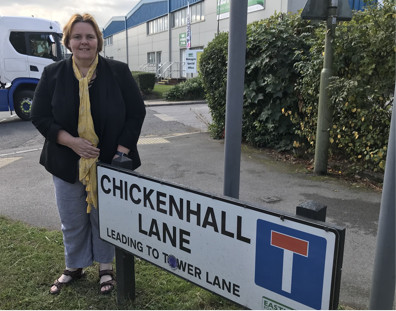 We're all familiar with the traffic congestion in Eastleigh town centre, especially on the Eastern approach through Bishopstoke. It's nearly thirty years since Eastleigh Borough Council first identified land for a bypass from Bishopstoke Road to the M27 - the Chickenhall Lane Link Road. In 2011, Hampshire County Council agreed that the plan should be a priority. The road would would relieve congestion, and open new land north of the airport to create jobs.

In 2015, the Conservatives promised us that we'd have funding for the scheme "within 100 days". Well over four YEARS later, we're still waiting - they haven't even funded a study into the new road.

Our Conservative MP may have run away from Eastleigh, but the Conservative Broken Promise means that those of us still here are dealing with their failure.

If you agree that the Tories should be held to account, and that Eastleigh deserves better than the Tories' empty promises, please add your voice to my campaign by signing below.

We, the undersigned, call on the government to make funding available for the Chickenhall Lane Link Road, to relieve chronic traffic congestion in Bishopstoke and Eastleigh, and to open up land north of Southampton airport for new jobs.